Abstrak
This paper aims at examining patterns of student management and interaction. The study employed amixedapproachto describe student interaction as well as touncover, understand, anddescribethe student management and interaction patterns depicted in the sociometry at MAN Insan Cendekia. The results show that 1) the management and student patterns have begun to be appliedwhen the students are accepted as new students until the end of the study, ranging from student orientation, academic activities in the classroom, setting of dormitories, religious, and student activities. The pattern of management focuses on the academiclevel, and ethnic diversity, which is arranged for all groups, whose members vary, and in many kinds of activities, i.e., different academic levels and different ethnicity. All elements in madrasah’s social structure play a role in the formation of the meaning of togetherness among students. A social process which is a development cycle that show the social structure, prejudice, discrimination can bee liminated and the conflict of values can be maintained; 2)the bases that unite the students are the age and similar formal status of students. Symbol sarecreated through the provision of meaning or value to the management ofmadrasah that creates the patterns of interaction among students. Interaction patterns formed by the management is applied, i.e.,a pattern thatindicatesthe passage ofthe ideology ofmulticulturalism.
Penerbit
Atlantis Press
Kontributor
-
Terbit
2018
Tipe Material
PROSIDING
Identifier
-
Right
https://www.atlantis-press.com/proceedings/amca-18/25901812
Berkas ini telah didownload sebanyak 11 kali
Download 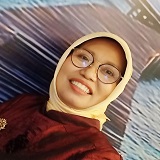