THE ANALYSIS OF SEIRS-SEI EPIDEMIC MODELS ON MALARIA WITH REGARD TO HUMAN RECOVERY RATE
Tanggal: 01.12.2020
Peneliti
Resmawan
Jenis Penelitian
Insentif Jurnal Nasional Terakreditasi (PNBP)
Sumber Dana
PNBP/BLU
Abstrak
This article discusses SEIRS-SEI epidemic models on malaria with regard to human recovery rate. SEIRSSEI in this model is an abbreviation of the population class used in the model, i.e Susceptible, Exposed, Infected, and Recovered populations in humans and Susceptible, Exposed, and Infected populations in mosquito. These epidemic models belong to mathematical models which clarify a phenomenon of epidemic transmission of malaria by observing the human recovery rate after being infected and susceptible. Human population falls into four classes, namely susceptible humans, exposed humans, infected humans, and recovered humans. Meanwhile, mosquito population serving as vectors of the disease is divided into three classes, including susceptible mosquitoes, exposed mosquitoes, and infected mosquitoes. Such models are termed SEIRS-SEI epidemic models. Analytical discussion covers model formation, existence and stability of equilibrium points, as well as numerical simulation to find out the influence of human recovery rate on population dynamics of both species. The results show that the fixed point without disease (????????????????) is stable in condition ?0 < 1and unstable in condition ?0 > 1. The simulation results show that the given treatment has an influence on the dynamics of the human population and mosquitoes. If the human recovery rate from the infected state becomes susceptible to increased, then the number of infected populations of both species will decrease. As a result, the disease will not spread and within a certain time will disappear from the population.
Berkas ini telah didownload sebanyak 61 kali
Download 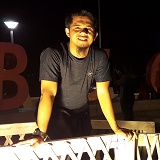